What is technology in economics?

In economics, technology has a different meaning than what it typically does colloquially. When we think of technology, we typically think of things like computers, cars and machinery. In economics, these things are referred to as capital.  Technology is the technological process we use to produce output. For example, consider a baking analogy. The baker is the labour input. The capital is the oven, the spatula used, bowls and any other

Technology is the processes we follow when producing output. Thus technology actually refers to the technological process. For example, consider a baking analogy.The baker is the labour input. The capital is the oven, the spatula used, bowls and any other tools used. Then our inputs are our flour, water, yeast etc. Technology is the recipe followed to produce the cake. It's the process that governs how inputs, labour and capital are combined to produce output.

Labor augmenting technological change is when the labour used becomes more efficient at producing output. In the baking example, that might be the case if the baker learns a new technique which allows them to knead bread in 10 minutes instead of 20 minutes.

Capital augmenting technological change is when capital becomes more efficient at producing output. In the baking example, that might an oven which allows you to bake a loaf of bread twice as fast.

We can analyse the effects of technological change in a supply-and-demand framework.

Suppose that the baker in the previous example learns how to knead dough more efficiently. This means that with the same amount of inputs and capital, he can produce more output in a given time. This would be represented by a positive supply, which is described in the diagram below. In essence, a positive technological change increases output and because there is more output, prices must reduce to sell all of this output. 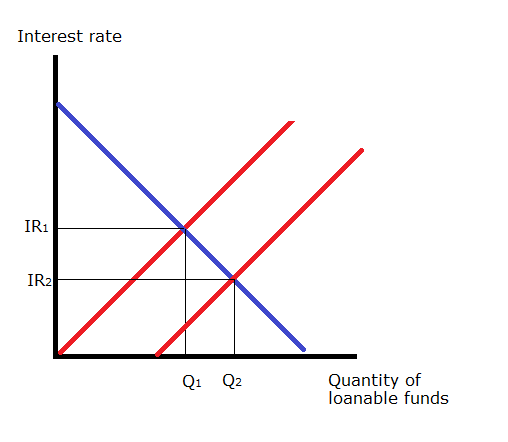 Now suppose that the same baker breaks a hand and can only knead dough at half the speed. This is a negative technological shock as he will only be able to produce half the amount of output as he previously could. This would cause a negative supply shock, which is outlined below. In essence, output decreases and the price goes up. 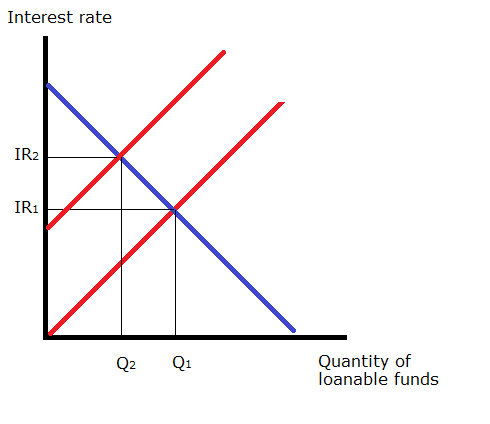