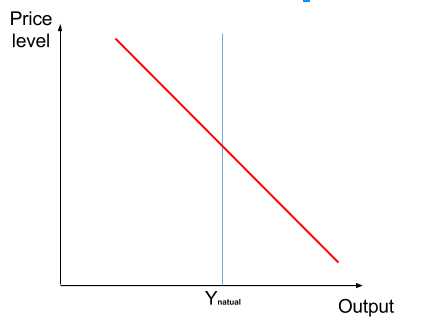 This view of the world has consequences. It means that governments should not try to stimulate the economy to move the economy out of recession. Classical economist believe recessions are caused by changes to the natural level of output and that government stimulation will just cause the price level to increase. This leaves no scope for fiscal or monetary policy.

Suppose that the government thought that the economy was under-performing, so they increased government spending, leaving all other variables constant. 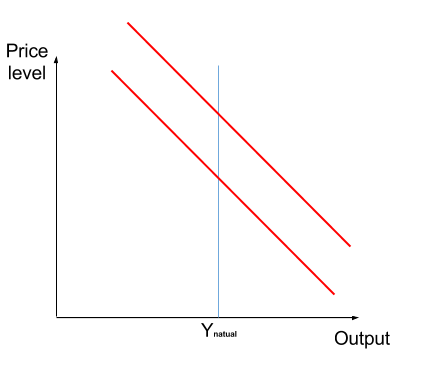 This would cause the demand curve to shift to the right. However, since the supply curve is a vertical line this would only cause an increase in the price level and output would remain the same. Essentially, we would get no increase in employment but we would see higher inflation.