What is a price ceiling?

The idea behind a price ceiling is to ensure consumers are not paying exorbitant prices for goods which are deemed a necessity. 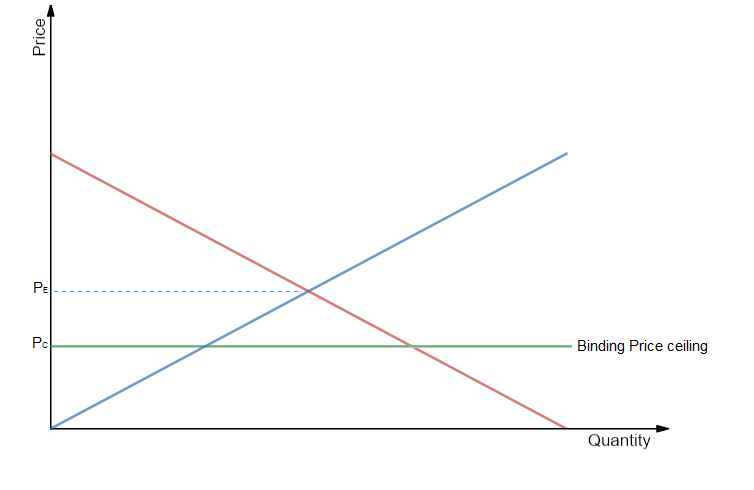 the price ceiling is binding.

An example of a non-binding price ceiling in the supply and demand diagram looks as follows: 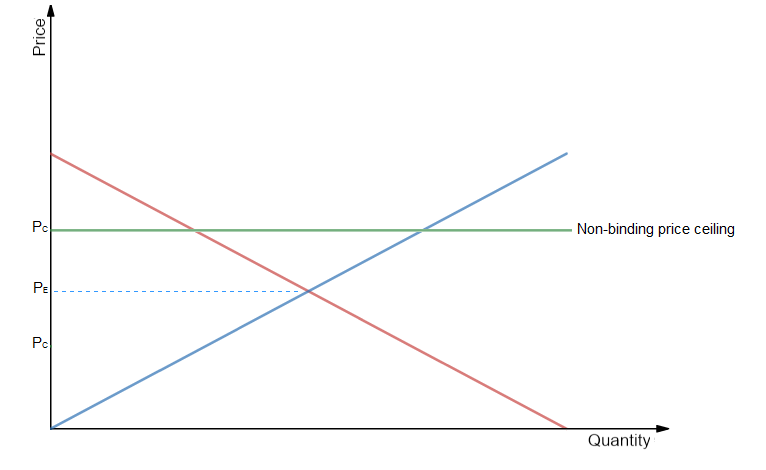 How do binding price ceilings cause shortages? 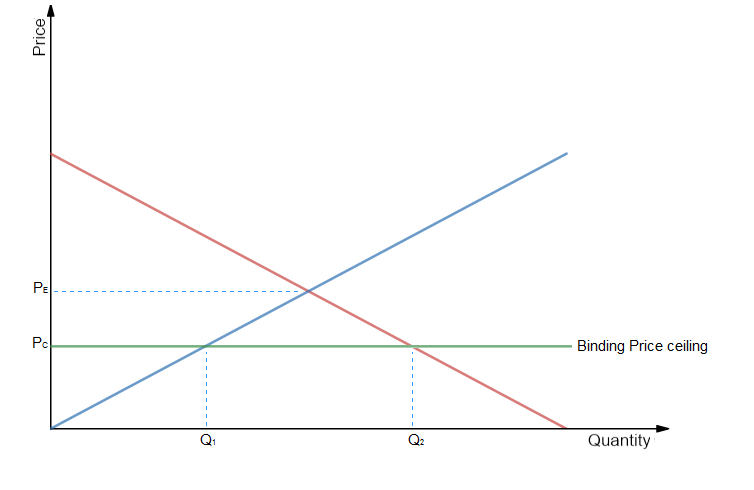 supplies will only be willing to supply the quantity

consumers will demand the quantity

this would typically lead to the price increasing, fewer people demanding the good and more people supplying the good until we returned to equilibrium. However, since the government has mandated that the price cannot increase above

this adjustment process cannot take place and there will be shortages as there are more people who demand the good than there are suppliers willing to supply the good.

Thus the government faces a trade-off between lowering the price of a good and causing shortages or having a higher equilibrium price but more people purchasing the good.

For an example where price controls do not cause shortages, see this post  about consumer and producer surplus with perfectly inelastic supply.